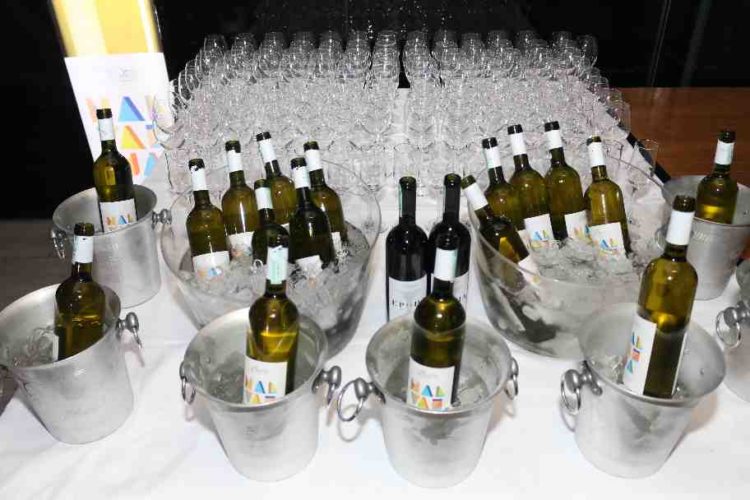 55 GOLDEN YEARS OF THE BEST VARIETIES OF WINE

Montenegrin winery 13. Jul Plantaže this year marks its 55th anniversary of existence and production of some of the most famous wines in the region and beyond. The winery celebrated this anniversary in a festive atmosphere in Sarajevo, at the Hotel Hills, featuring top quality wines: white, light Malvazija wine, and the Epoha, a red wine made from the mix of two renowned French varieties – Cabernet Sauvignon and Merlot.

During its existence, Plantaže won numerous awards at international wine events. In 2017 alone they won 30 awards, including the Decanter World Wine Awards, Asia Wine Awards, Mundus Vini, AWC Vienna and BIWC Sofia. This year, the winery has also been awarded with over 40 medals, which is also the biggest success in the company’s history.

EXHIBITION BY ŽARE KERIN WITHIN THE POP UP! SARAJEVO FESTIVAL

Fourth Student Design and Visual Communications Festival, POP UP! Sarajevo, will be held from 25-28 October 2018. The opening ceremony will be held on Thursday, October 25 at 19.00hrs at the Gallery of the Academy of Fine Arts. The same evening at 21.30hrs, the Kriterion Art Cinema will host the Pecha Kucha Night, Part One. You can check out the complete program of this year’s festival at http://popup.ba/program.html

POP UP! Sarajevo is an event intended for students of visual arts and anyone interested in various forms of graphic communication and design. The Festival is organized by the students of the Sarajevo Academy of Fine Arts. In the three days of the festival, the festival will offer a large number of lectures by leading regional and international artists and designers, two workshops and several exhibitions of guest lecturers.

On Friday, an exhibition by prominent Slovenian designer Žare Kerin, art director in the Ljubljana agency Futura DDB, will be opened at the Museum of History.

Countdown to the 13th Best Event Awards, the contest reserved for events and live communication from all over the world, has formally begun with the announcement of the official entries’ shortlist.

151 shortlisted entries, from 26 countries, will compete this year for the iconic elephant trophies, and among them, our region will be represented by M2Communications from Serbia, with the project Expedition to Mars.

The shortlist can be seen here.

According to FT, this could lead to a political plight in the UK.

This 51-year-old former leader of the Liberal Democratic Party is coming to the Silicon Valley in January next year.

Clegg held the position of UK Deputy Prime Minister in the period from 2010 to 2015.

This festival was created with the purpose of awarding the most effective advertising campaigns from all over the world, going beyond the creativity associated with each of them.

With the Early Crow’s deadline extension, participants have more time to get advantage of a discount that, in this moment, is valued at 20% over the price of the submitted works. This discount will be available until November 2nd and the winners will be announced in February.

Submissions are entirely done online. All the information regarding the submission process, as well as the regulation are available in the website: www.lisboneffectivenessfestival.com