Maurice Lévy on Brexit: ‘I will support our people and stand by them’ 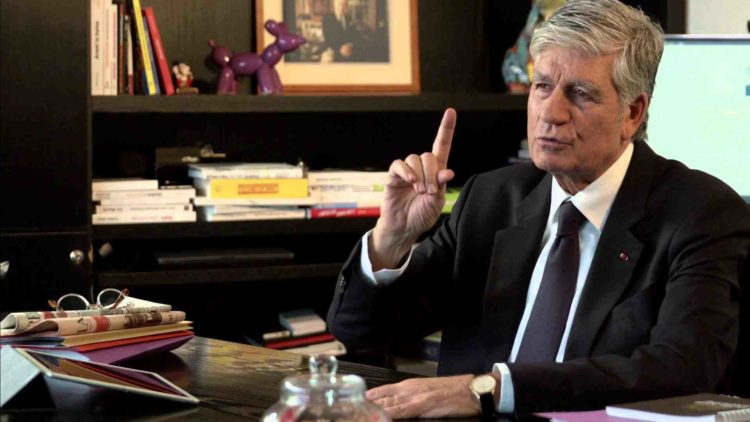 Maurice Lévy, the chairman and chief executive of Publicis Groupe, has told Campaign he is “shocked” and “sad” about the UK’s decision to leave the European Union, but has reassured his UK businesses that he is committed for the long term.

“As a very sincere European and somebody who believes in the dream of Europe, I feel personally extremely sad. Having the UK leaving is like when a member of the family is leaving,” he said.

“I think that it’s something which will have serious consequences in the future, first and foremost for the UK, and the UK will have to face a few issues including Scotland who will be very unhappy with the decision. I don’t know if United Kingdom will still be united. It’s something that will also have consequences for the City,” he said.

When asked what he would do today with his UK agencies, he said: “The only thing I will do is support our people and stand by them. Clearly I will show that we are there and we are there for the long term and they have not to worry.”

He added that in the UK, his business was a British citizen. “We work with British clients in the British currency and we have our cost and revenue in British pounds. So for us it’s something which should normally have limited consequences.”

He said: “we should live like the UK economy” – when it grows, the business grows, and when it goes down, it will suffer a bit. “I don’t believe that we will have a different destiny of any of the British companies. I don’t see major consequence.”

London has been the gateway into Europe for global business for decades. But while Lévy thinks that some companies may change their headquarters, he believes a more serious issue is what will happen to the City.  He doubts they will come to an agreement on financial passports with the EU, because: “I think that the EU will make the life of UK extremely difficult at least for making sure that we have not others opting out.”

Another issue is the rise of the “populist” movements across Europe including in Austria, Italy, Spain and the Benelux. Nigel Farage in the UK is a “big winner” from the Brexit decision and Lévy said: “There are a lot of populist movements which exist who will take advantage. This is an unexpected gift which has been given to them for their strategy and what they are doing. It’s something which they will benefit from.”

Lévy said that there were two overriding questions for Europe – how to make sure there are no other countries leaving, and to create a new vision for Europe that is enthusiastic and speaks to the people. It needs to not just be about the economy, but to “give people a reason for dreaming.”

He said since the Maastricht Treaty, nothing has been done to excite people about the concept of a united Europe. Instead, there has been poor management of the Balkan crisis in the 1990s, and the same about the current refugee crisis on which “we are not able to have one voice.”

“It’s very difficult for the people to have a sense of belonging if we don’t give them reason to believe that they are part of the same united Europe,” he said.

But he hopes Brexit may help galvanise Europe to rethink its purpose. “The UK has always been in or out. They have not been like the French or the German – fully part of Europe. They have always been negotiating something. So maybe the fact they have decided to leave is something that will be a good opportunity for the countries who are staying to rethink Europe.

“I sincerely hope that at least out of something bad, something good will come.”

He believes this needs to happen urgently because he believes the UK will not initially suffer from the decision and will try and sell the idea that they are still connected to Europe but are also independent. “They will say ‘you see, we are gone and everything is fine.’”

“That’s is the reason why one of the most urgent things that governments and the European Commission have to do is to create a huge opportunity for the future for the next generation – and the dream for all Europeans.”

Drago Mlakar from Cannes: A lot of good questions and congratulations to Darko