For the first time I spent more than two hours talking with Mitja Tuškej in relaxed atmosphere, and found out a lot of good things 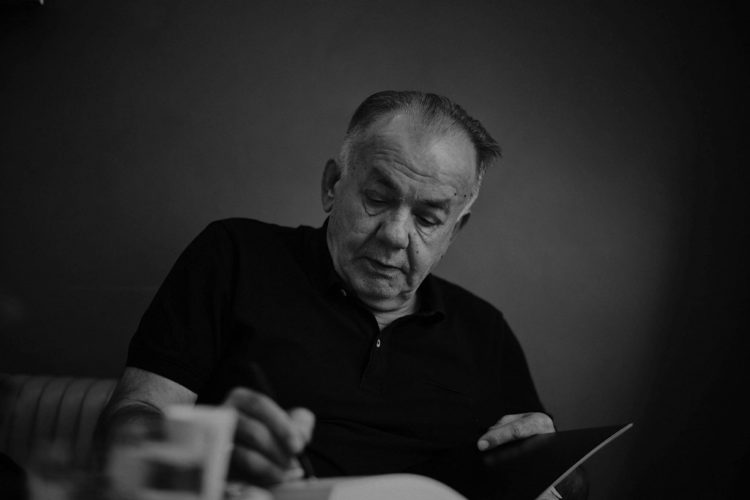 Due to the technical problems that we had with the portal ten days ago, I canceled my participation at the Golden Drum and KIDS Conference that was set to take place in Rovinj the day after the Golden Drum Awards. I didn’t expect that our problem was easily solvable, so I was certain that I wouldn’t have time for the GD, nor would I be inspired enough to prepare the lecture I was supposed to hold at the KIDS Conference. But, since things went much faster and simpler than I expected thanks to Filip, Asja and Adnan, the time opened Golden Drum, and the inspiration came for the conference in Rovinj.

We took off for our trip as a pack: Vedrana, Asja (daughter), Tara (granddaughter) and me. The KIDS Conference organizers asked me to come with my whole family. Only Filip (son) was missing, who had to stay in Zagreb for his work.

Immediately upon arrival in Ljubljana and accommodation at Hotel Union, we went to dinner with Maja and Mitja Tuškej. It was a real family atmosphere. After Maja’s delicious dinner, we separated into groups. Vedrana, Maja and Asja tackled bioresonance – a field in which Maja is a master. Mitja and I went out to the garden to talk about work, and Tara grabbed a tablet and played games.

I don’t know what the ladies talked about, but the morning after, over breakfast, Asja told me she was still asleep and that Maja rejuvenated her. Mitja and I talked about work for two hours, about the project Start It Up Slovenia and about our industry in general. I learned some good things about the Direct Media system which I had not known prior. This has reinforced my belief that it really is the most important regional network of media agencies, and we are their strategic partner. In its second iteration, Start It Up Slovenia is achieving much better sales results in Spar’s supermarkets for startups participating in the project. Mitja explained to me some of the things about the media business that I didn’t understand before. It seems to me that for the first time we had that much time to talk about everything in a relaxed way.

Friday began with a visit to Mediana and a meeting with Janja Božič Marolt. It was my first time in Mediana. The agency looks like a place anyone would want to work in. Very nicely decorated space with cozy working atmosphere. You could hear only silence, as everyone was immersed in their work.

Janja told me about the latest research and her view of the present and future of our industry. The presidential elections in Slovenia are due in two days, so they were doing some research. She forecasts certain victory for the current President Borut Pahor. Mediana was always right in their predictions in all Slovenian elections. This year, there will be no exit polls, because the media did not show interest in it – perhaps because everyone is aware of Pahor’s advantage over the other candidates.

From Mediana I went to the Golden Drum, to hear the lecture by Michael Conrad, which, as well as all his lectures that I have attended at various conferences so far, was very inspiring.

After Michael’s lecture I went to Futura DDB where I had a meeting with Žare Kerin at which he presented to me the design of the Creative Portfolio 2017. On my way to Futura, I pass by a row of cafes along the coast of the Ljubljanica River. The first pass-by coffee was with Duško Drakalski and Adrian Botan. I didn’t make even ten steps away from them when I bumped into Aljoša Bagola and his brother Dominik. Another coffee with them. Aljoša looks great after a months-long break due to exhaustion. His energy has returned. He’s laughing all the time and is in great mood. He says he “stepped on the ball” and reduced the scope of work, and that everything is great now.

I continued towards Futura – already late. Žare showed me two-three versions of the book design. We agreed on the best option, put in some fine-tuning corrections, and that was it. The book will be great, like all the others that Žare has designed. I presented him with our idea that in early December we print a newsletter with projects that we want to realize in 2018. Žare liked the idea, and he accepted to design it. I promised him that I would send him the newsletter content on Monday, and he promised he would send me the final version of the Creative Portfolio design. It’s Monday now, 17:00hrs, I haven’t sent any content to Žare, nor did he send me the book design. That’s Monday for you. Time simply fleets away from your hands.

Upon leaving Futura, I took a cab to Mercator for a meeting with Viktorija Radojević, director of marketing and development. She had just returned from a concert in London. I can’t remember the name of the singer, whom, she says, she follows on all the concerts throughout Europe. No wonder I can’t remember her name. We are two different generations, and it would not be good if our music idols were the same.

We talked collaboration. There is a mutual interest to write more on the portal about the marketing activities of Mercator. It’s a big brand. I know this from a number of facts, but I also know it personally and from comments of Sarajevo people, now that Mercator has returned to Bosnia and Herzegovina. Everyone is thrilled. Viktorija tells me about the marketing activities that are now rolling amid the return to the Bosnian market. Nothing bombastic, just an elegant strategy for Mercator’s return to a place where it was present before, and where everyone liked it. The campaign is realized by the agency Communis Sarajevo, which offered the best solution on the pitch.

Viktorija also tells me about the strategy of sponsoring Slovenian sport. Mercator is present in all the most important sports in Slovenia. It’s a very professional approach to sponsorship. I can’t remember another case when a sponsor hired a creative agency to implement the strategy, as Mercator hired their creative agency Arnold Vuga.

In the coming months, we will have some great stories about Mercator’s marketing.

I went back to the Union Hotel hoping to hear another lecture or two. The conference hall’s doors were closed. The hall was being arranged for the evening award ceremony. I ran into Špela Oblak there, and we went for a coffee, where we were joined by Asja and Jan Bartnik from the Polish agency Human Ark Animation Studio, and later by Dule Drakalski.

About that coffee, and the Golden Drum Award ceremony, more in tomorrow’s diary.

The day after, I will write about the KIDS Conference, which made a great impression on me. It would have been a real shame for me if I failed to attend it. 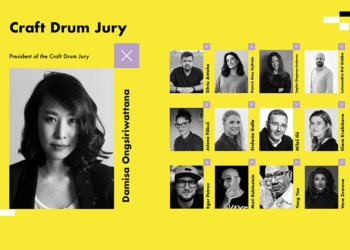 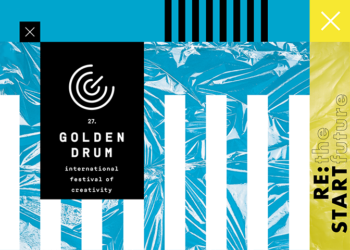 Susie Dent: A language must live in order to survive