Signs at the mall announce an opening for fall 2016, though the future store is still boarded up 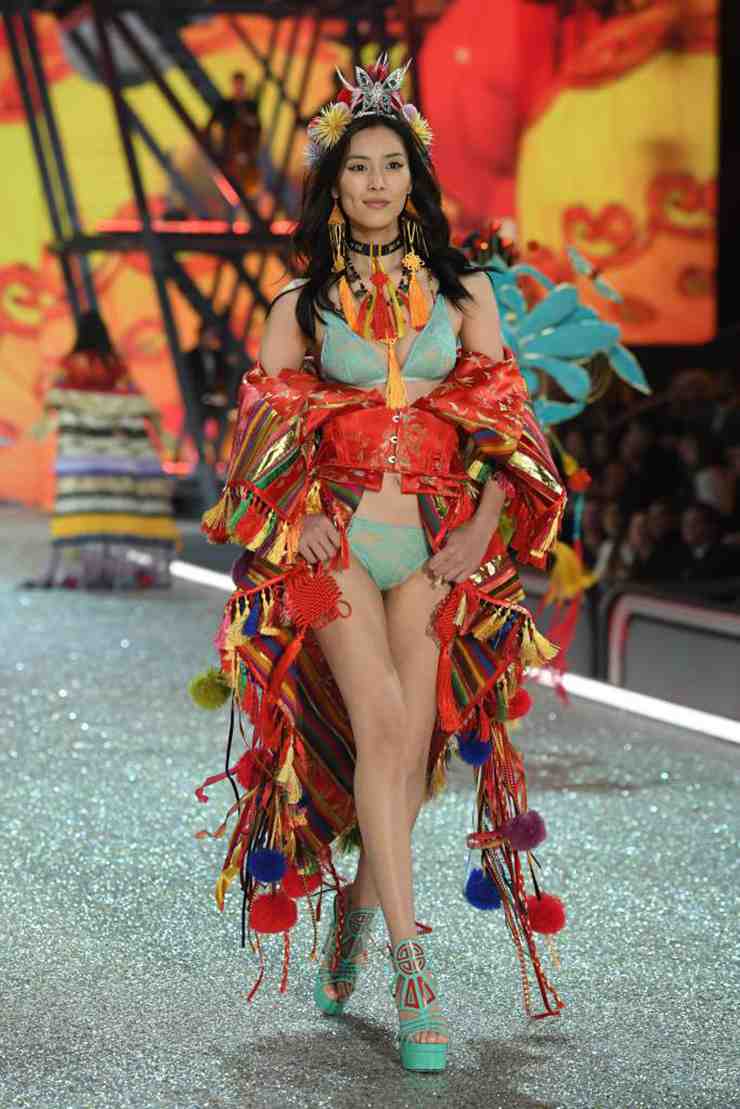 Lately, Victoria’s Secret has been all over China’s digital space. Its fashion show in Paris was a trending topic on microblogging platform Weibo last week. That’s partly because it used a record number of Chinese models, and because of discussion about the Chinese-inspired outfits on the runway; some commenters saw the designs as tacky or pandering to stereotypes about Chinese tastes.

The show’s livestream had 10.3 million views on internet giant Tencent’s video platform; later, some users of Tencent’s hot mobile app WeChat were served an ad guiding them to replays.

Most importantly, the U.S. brand has launched sales online in China through Alibaba’s Tmall platform. But there’s something missing: Its long-planned Shanghai flagship still hasn’t opened yet. That means there are still no stores selling the brand’s trademark bras and lingerie in mainland China, no place to touch and see the products and try them on.

Pressure to get it right

Victoria’s Secret has taken an unusual path into China, with some unexpected twists. Before bringing its brand here, it faced problems with unauthorized stores, counterfeits and even fake Victoria’s Secret runway shows.

When Victoria’s Secret officially arrived in the mainland last year, the focus wasn’t on lingerie: The brand’s name appeared on concept shops selling accessories, perfume and beauty items. That might have been an attempt to get a feel for the market and build its brand locally before going all-in with lingerie. Those 26 stores were run by a franchise partner, but L Brands said in May that it was buying them, and more fully devoting itself to the market.

Victoria’s Secret’s planned Shanghai flagship is in a prime shopping space formerly occupied by a Louis Vuitton that closed, a victim of China’s luxury slowdown. Signs there announce an opening for fall 2016, though it’s still boarded up. The receptionist at the mall’s welcome desk said it probably would not open until after Chinese New Year or Spring Festival, which starts on Jan. 27. L Brands, Victoria Secret’s parent company, did not respond to Ad Age’s questions about the opening date. The brand has said it is planning a flagship for Beijing as well.

If the brand offers great customer service and gets it right, it has good potential, Mr. Cavender says: “There’s still a lot of room to grow and become pretty strong in the market.”

China’s lingerie market is very fragmented, and though there are strong local players including Cosmo Lady China Holdings and Beijing Aimer Lingerie, no one brand controls more than few percentage points of the market.

While general economic growth and some categories – including luxury – have slowed in China, the market for underthings is seeing solid growth. The retail value of women’s underwear in China grew an average of 11.6% annually from 2010 to 2015 to reach $18.9 billion, and it’s expected to hit $26.1 billion by 2020, according to Euromonitor International.

Underthings “used to be seen before as a basic necessity, and now it’s a way for women to indulge themselves,” said Thibaud Andre, research project manager at Daxue Consulting, a China-based business consulting agency. He sees a “new awareness of sexiness, and Victoria’s Secret is one of the ultimate sexy brands.”

The Victoria’s Secret runway show last week inspired a slew of obvious comments on Chinese platforms about the models’ physiques, and jokes by women about needing to get in better shape. Many were happy to see four Chinese models in the show, including superstar Liu Wen. But there were also jokes about its very obvious effort to appeal to Chinese consumers, like a huge dragon prop that one model wore wrapped around her midriff. One Weibo user joked that designers were probably inspired by a 1980s TV version of Chinese classic “Journey to the West,” starring a monkey king dressed in bright costumes.

A Communist Party-controlled news outlet ran a long analysis of the show, noting that brands including Burberry have stumbled by trying to appeal to Chinese tastes. The English-language version of The Global Times dubbed Victoria’s Secret “the latest international brand to rub Chinese consumers the wrong way with ill-conceived Chinese-inspired elements in its designs.”

Yahoo reports 1B user accounts have been compromised