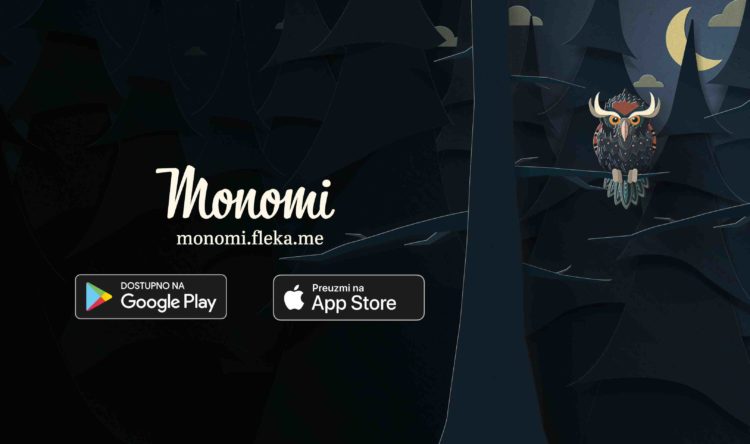 The interactive design studio Fleka from Podgorica (Montenegro) has been implementing various projects from the field of web and mobile development, graphic design, branding and online marketing for almost ten years. Studio is led by Miloš Milošević and Giuseppe Aiello who, prior to founding the company in Montenegro, gained significant business experience in Italy. Their desire was to merge the knowledge they have in the field of software design and development, in order to place a product that is characterized by the same quality of all components. Fleka boasts a rich list of regional and foreign clients, including Prada, Nike, UNICEF, NLB Bank, Jelen Beer, Telenor, BMW, Podravka and many others.

The Montenegrin studio is also recognized by the New Year’s gifts which they send each year to their clients and associates. This beautiful tradition was created from the desire to use the potentials that they have on the team in order to implement a project that stems from the clients’ demands during the year. So the arrival of 2018 was marked by Fleka with a new app called Monomi, available online, on Andorid and iOS.

Monomi (“the all-seeing” in Japanese) app is made according to the principle of learning cards that allow the user to check their knowledge from different fields. When a user sees the question and turns the card, they can read the answer and choose the option “I know” or “I don’t know”. In the first version of Monomi, the areas from which users can test or refresh their knowledge are literature, Yugoslav cinema, sights, geography, a journey into the 20th century and contemporary culture. Among the available topics there are approximately the same number of questions from all countries of the former Yugoslavia, so the app is interesting to users from the whole region.

One of the goals of this app is to prove that technology does not alienate people. If you select the “Duel” option, you will have the opportunity to compete with a person in the same room as you.

The Montenegrin studio says that from the beginning they were convinced of the potential of the Monomi app, but that positive reactions and comments exceeded their expectations. They announced they will soon add more topics and expand the existing ones with new questions and audio-visual effects, in order to make Monomi engaging to new and old users alike.