Ikea puts a real pregnancy test in its print ad

Ikea will give you a discount on cribs if you pee on their ad, and you'll notice it's still not April 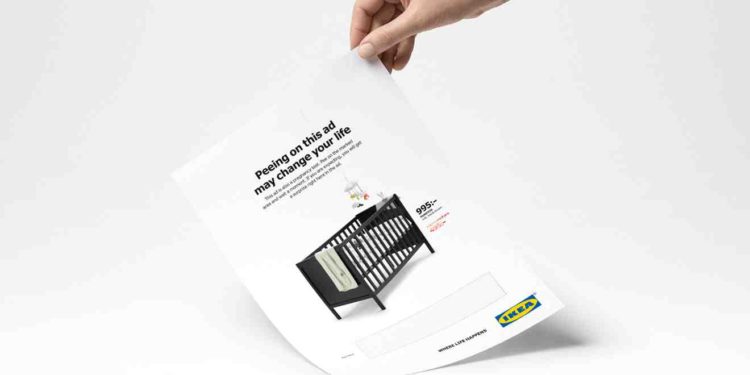 Swedish agency Åkestam Holst created yet another awesome ad for Ikea. They are starting 2018. with a genuinely intriguing print ad, which actually encourages readers to pee on it!

Although you might thing it’s something more fitting for an April’s fool prank, this is a genuine ad, which incorporates a pregnancy test within the page. Another twist is that if the test is positive, you can get a discount on Ikea cribs.

The ad is running in Amelia magazine, one of Sweden’s most influential magazines for women, and Åkestam Holst worked with Mercene Labs on developing the tech behind it.

This is definitely the most intriguing print ad we’ve seen this year. Here’s to hoping the year just gets even more creative from here.

Coca-Cola unveils its own typeface