Fearless Girl is getting a new location, facing the New York Stock Exchange

The famed little girl and her nemesis Charging Bull are parting ways, but just for a while 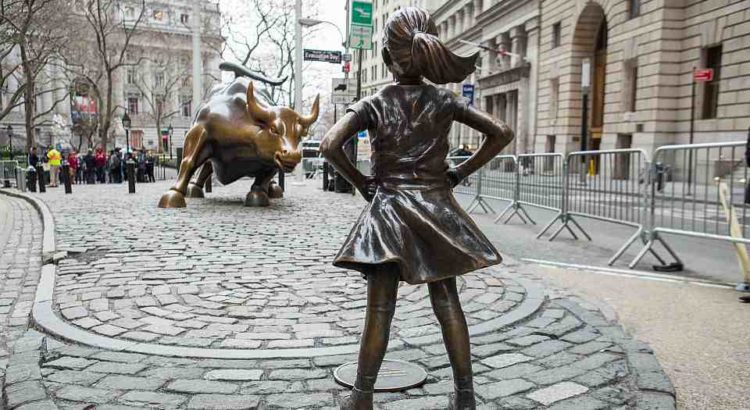 The famous Fearless Girl statue that stormed through not only advertising world, but popular culture in general, is moving to a new, even more prominent home, right in front of the New York Stock Exchange.

The Office of New York City Mayor Bill de Blasio and State Street Global Advisors, the financial firm that sponsored the work, released dual announcements regarding the relocation, according to which the Fearless Girl and her longtime adversary, sculptor Arturo Di Modica’s Charging Bull, will be parting ways for some time.

The Mayor’s Office also confirmed that the city plans “a similar move to the vicinity of the stock exchange” for Charging Bull.

Di Modica has registered his very vocal disapproval of Fearless Girl in the past, but he will most likely be unable to prevent the new pairing.

“We are proud to be home to the Fearless Girl. She is a powerful symbol of the need for change at the highest levels of corporate America—and she will become a durable part of our city’s civic life,” said de Blasio in a statement. “This move to a new location will improve access for visitors and ensure that her message and impact continues to be heard. We’re grateful to State Street for their partnership in keeping the Fearless Girl here in New York City.”

Although it is certain that the two iconic statues will again stand together, it is not clear precisely where they will stand in the area of New York Stock Exchange.