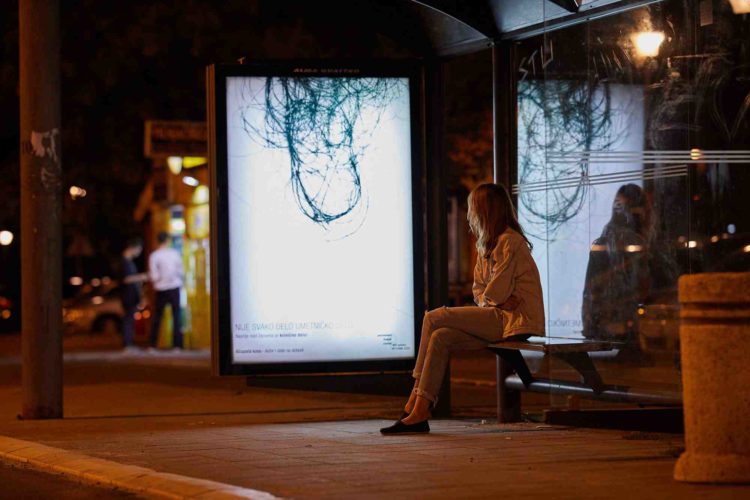 In Serbia, every other woman is exposed to some form of domestic violence in her lifetime. Since the beginning of 2017 in domestic violence 20 women have lost their lives– and this year is not over yet. Out of 6500 criminal charges for domestic violence, there were only 1740 convictions and only 440 prison sentences.

Seeing the gravity of this issue, the parliament introduced a new, tougher law, which was supposed to bring violent criminals to justice. It is more than obvious that the government has a hard time enforcing its own laws, unlike the tabloid media – which has no trouble turning domestic violence into an opportunity to continually shock the public with explicit content – gruesome pictures; large, obscure headlines and bizarre stories behind each accident with no regards for victims or their families. So, while the circulation of tabloid media increases, the public tolerance threshold for violence increases as well. Unfortunately, this kind of consequence is expected, since when seeing images of women covered in blood every single day, one will eventually become insensitive. This lead to next question, will the law be enforced.

The idea was to make a campaign against domestic violence that would stand out in the obnoxious world of tabloid media, with a clear and striking message that the new law must be enforced. Main challenge was to observe the issue from a different perspective and present this horrible social disease in a more striking way. The created prints looked like a collection of abstract art, zoom of the traces of violence: ripped hair, blood, body scars, fractured skull and fear. Visual manipulation was very effective in the streets, since the street billboards looked like elegant works of art from a distance – however, from up close they were revealing the horror lying behind each of them.

Two days before the campaign was launched, another woman got murdered by her husband at the very Social Welfare Centre. In the buzz that followed this shocking murder, campaign Traces turned out to be its huge portion. Message got through. But, is one more message enough? Is this going to be one more campaign, whose message will fade out as soon as a new flood of information hits our society – through digital media, OOH, TVC or other?  Is there anything else we can do?

In search of women in creative leadership