Probably not, but automation is growing

Many workers around the world have legitimate concerns about being replaced by automation. And, at least according to a show of hands, a large majority of attendees at a Cannes panel called “Will a Robot Win a Lion?” don’t think advertising creative directors are exempt.

But the panel of marketing and tech professionals organized by Omnicom’s PHD Worldwide wasn’t so sure. (Although McCann Japan did score a PR coup earlier this year for introducing the world’s first “robot creative director.”)

“We think our own creativity is really special or mystical, but there are lots of mechanical aspects to it,” said Wired magazine co-founder Kevin Kelly. “Creativity is not just a human thing, which begs the question: Can a robot be creative enough to win an award? The answer is yes, but in a different way.”

Mike Yapp, founder and head of Google’s agencylike Zoo unit, admitted that “it’s all fairly scary” before describing how artificial intelligence might produce something resembling art. “Someone creates a piece of art, and then there are multiple ways to customize it and work it into a formula, which can then continue to grow and learn,” he said. “It’s basically programmatic advertising.”

Yapp’s description sounds remarkably similar to the JWT Amsterdam project “The Next Rembrandt,” in which an AI algorithm analyzed the master’s work and used the data it collected to create a completely original painting designed to mimic Rembrandt’s style as closely as possible.

The final product looks impressive, but is it art? Yapp said, “To me, that isn’t original. That’s reverential.”

Critical Mass chief creative officer Conor Brady was skeptical as well. “Something happens whenever you put three people in a room interacting with each other—spontaneity and serendipity,” he said. “If we could capture that [with AI], it would be brilliant. I have the hope that we can.”

As you can see from this video featuring quick takes from various agency executives, industry sentiment regarding the panel’s titular question remains mixed:

“I emphasize the fact that the easiest things to give robots are tasks that can be specified in terms of productivity,” said Kelly. “We’re left with things where inefficiency is paramount: exploration, creativity and things that are scientific in the sense of requiring failure.” The key factor, he argued, is empathy. “We also understand ourselves better than an AI ever could,” he said.

Then there’s interpersonal relations. “AI won’t replace the creative judgment of an individual because they have to interface with a client,” said Mark Holden, strategy and planning director at PHD Worldwide. “There’s a therapeutic aspect to the service that AI will never be able to replicate.”

But, as one attendee pointed out, client representatives may well be automated one day as well. “Five years from now, Cannes won’t exist because clients are hiring robots to do our work,” Brady said.

In a second vote to close out the session, even more attendees said they thought a robot will eventually win a Cannes Lion. Moderator and PHD chief strategy officer Hugh Cameron said, “Whatever happens, humans will still come to Cannes to try to pick up awards.” 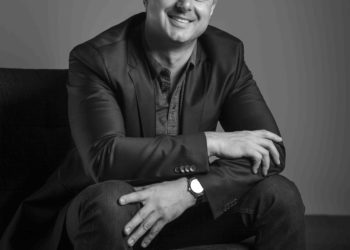 If you believe in your content marketing projects, enter them for POMP awards