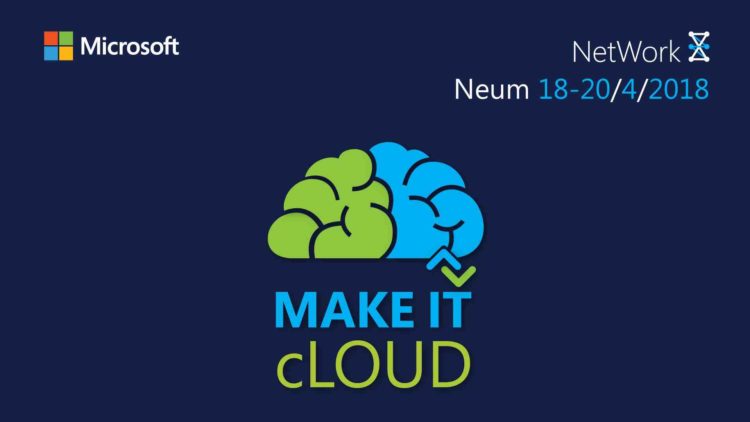 The largest business and technology conference in Bosnia and Herzegovina, Microsoft NetWork 8, will be held from 18 to 20 April 2018 at Grand Hotel Neum, under the slogan “Make it cLoud”, and early applications for participation will be open until 23. February 2018.

“We invite everyone who wants to make new business contacts, improve their knowledge, and first and foremost learn how to make a business transformation in order to achieve a competitive advantage, to register for their participation in the conference. The central theme of the eighth Microsoft NetWork conference will be linked to the process of increasing business competitiveness through the use of cloud solutions,” said Omar Krivošija, director of Microsoft BiH.

All information on the MSNetWork8 conference under the slogan MAKE ITcLOUD is available on the official website of the conference at www.msnetwork.ba

On the occasion of the second anniversary of the Paris Climate Change Agreement, government representatives and leaders from across the globe met in Paris at the Summit of a Planet in order to discuss sustainability initiatives.

On Monday, just before the French President Emmanuel Macron addressed the Summit, Microsoft’s Brad Smith announced that Microsoft will donate $50 million to the AI ​​for Earth program over the next five years.

AI for Earth is a Microsoft program that aims to support individuals and organizations dealing with addressing global environmental challenges by facilitating access to AI tools and education and more efficient innovation. The AI ​​for Earth program is based on Microsoft’s commitment to using AI technology to boost innovation and improve sustainability around the world.

Through new donations, ongoing projects and partnerships, Microsoft is trying to empower people and organizations to make progress in a world of limited resources.

More information at https://www.microsoft.com/en-us/aiforearth as well as on the blog: https://blogs.microsoft.com/on-the-issues/?p=56086

Publishers are losing up to $1.27bn a year due to fraudsters impersonating their inventory on ad exchanges, with such bad actors conducting up to 700m false ad requests per day, according to a study published 12 December by Google.

The study found that publishers were losing up to $3.5m a day based on a valuation of $5 video CPMs, due to fraudsters ‘spoofing’ their web domains on ad exchanges, with the total loss to premium publishers equating to over $1.27bn a year.

Google conducted the study with a host of premium publishers such as Business Insider, Turner and the Washington Post along with adtech outfits Amobee plus Quantcast, concluding that high value video CPMs now the preferred hunting ground for fraudsters.

Innocean Worldwide, the Hyundai Motor Company’s global advertising division, will soon announce a deal to acquire American independent creative agency David & Goliath, according to multiple parties who have spoken to Adweek on background.

Sources say the South Korean auto giant seeks to expand its international advertising business by buying the El Segundo, Cal. agency, whose best-known work is a string of Kia Super Bowl ads stretching back to 2010 and an extended campaign starring a series of CGI hamsters.

In a story that ran in BusinessKorea, an unnamed Innocean executive said that “it is true that we are in talks,” adding that the deal should be completed by the end of the month.

The specifics of the agreement are unclear at this time.

Google has expanded the consumer-targeting capabilities of its AdWords platform to let marketers use phone numbers and mailing addresses to reach their right people.

Disney is poised to swoop on the assets of Rupert Murdoch’s 21st Century Fox in a landmark $60bn takeover which is set to usher in a new wave of consolidation in the mass media market.

Included in its haul would be Fox assets such as Sky and satellite broadcaster Star, handing Disney a readymade market spanning the UK, Europe and Asia.

Disney is the last suitor left standing following the withdrawal of Comcast on Monday, sparking fevered talks between both parties as they scramble to dot the i’s and cross the t’s of a potential deal as early as Thursday.