Jernej Repovš: After the Secretary of Central Committee called the President of the Socialist Alliance, all attacks on us ceased

Campaign “Slovenia, My Country” caused a strong reaction in the form of commissioned texts in media 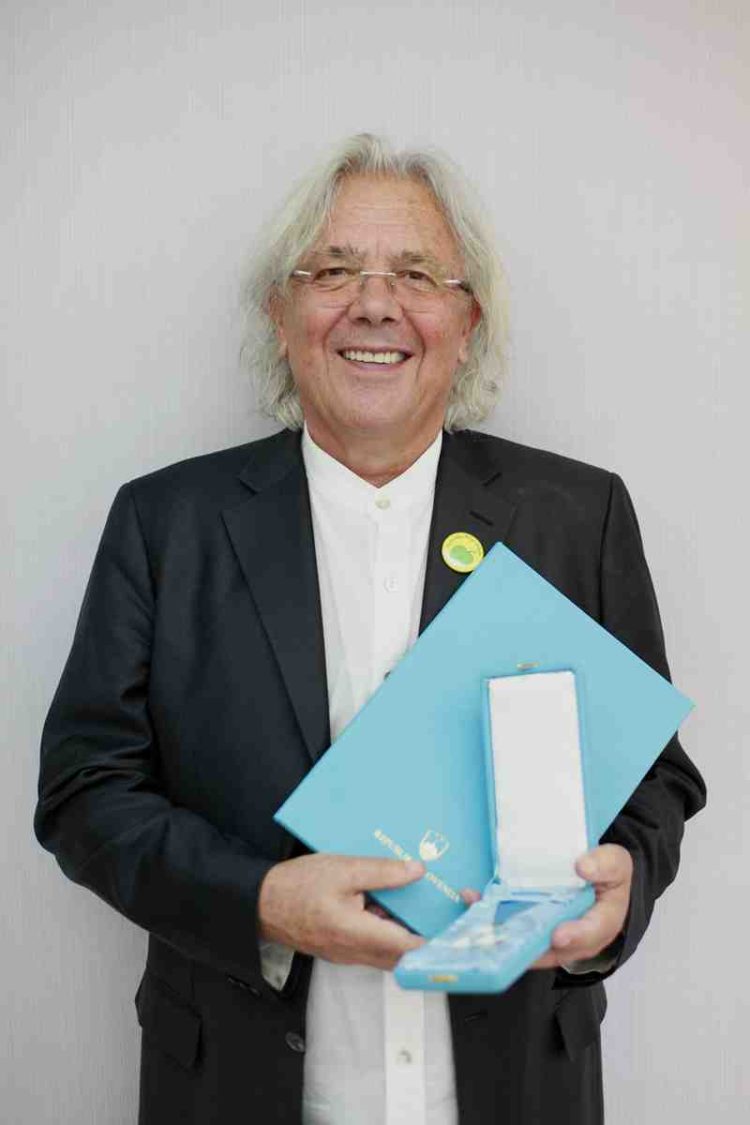 This Sunday, in the Grand Hall of the Presidential Palace of Slovenia, President of the Republic of Slovenia Borut Pahor awarded the Order of Merit to the creators and executors of the legendary advertising campaign “Slovenia – my country” – a campaign that Slovenians today see as one of the key state-building elements of the turbulent period preceding the independence.

On this joyous occasion, we talked with Jernej Repovš, Creative Director of this campaign and of Studio Marketing, agency that implemented the project.

Media Marketing: You have been presented with the Order of Merit for the campaign “Slovenia, My Country” that was created 33 years ago. Did it really take that much time to understand the essence and importance of the message that this campaign carried, and not just its creative value?

Jernej Repovš: It seems to me a great achievement that we, as creators of the project “Slovenia, my country”, actually got distinguished during our lifetime. We Slovenians, by our national character, don’t acknowledge and congratulate each other’s successes. Awareness of the size of an individual is born posthumously. Perhaps only athletes taste their glory at the time when they make their success. After that, they are quickly forgotten when they fall out of form.

Media Marketing: When the campaign started, the rest of the Yugoslavia screamed and demanded that the campaign be banned, because Slovenians wanted to secede. Back then you claimed that ‘dežela’ doesn’t mean ‘state’ but a ‘region’ or something of that sort, and that it doesn’t relate to the desire for an independent state. What was the actual truth?

Jernej Repovš: The Chamber of Commerce of Slovenia, as the contracting authority, asked us to focus on promoting Slovenia as a tourist destination abroad. After conducting market research, we informed the client that we have nothing to offer foreign tourists because we don’t have a formed tourist offer. The mood of the public was also negatively oriented. It was directed against tourism. Will we now be servants to the rich tourists who will come to rest in Slovenia? Will we be hoteliers and waiters? We know that without good motivation there is no good service. When we came up with the idea that Slovenia is ours, that we have to set goals and do something for her, there came a sense of our own territory. People identified themselves with symbols and messages of the campaign. We did not plan it to have socio-political implications. Today, it’s logical to us that that was something that had to happen. When you are aware of yourself, and when you strengthen your self-awareness, you become proud of yourself, you strengthen your consciousness, and you are no longer as submissive as before.

Media Marketing: When we go more than 30 years back, that was a very bold move. You had problems for it. How did you save yourselves? How did you manage to avoid campaign being banned, and you punished?

Jernej Repovš: The campaign started at a time when the authoritarianism of the communist system began to weaken. First it caused a sharp reaction, of course, through commissioned authors in the media. They wanted to silence us. When the last, devastating article in the media was prepared, Jani Bavčar and I went to the secretary of the Central Committee of the League of Communists of Slovenia with a projector under our hand, and presented the campaign to him. After the presentation he called the president of the Socialist Alliance and told him that it was a professionally designed project related to tourism and asked him to suspend the publication of the article. With this, all the attacks ceased. We even received incentives from the representatives of the government, with the explanation that Slovenes will not wait for anyone any longer, we have to go forward.

Jernej Repovš: I was surprised. Especially since the initiative for the award came from two truly distinguished creative directors in Slovenia, Aljoša Bagola and Mitja Petrovič. The initiative was sent to the Chamber of Advertising of Slovenia, and it was sent to the President of the Republic. It was a nice, really professional gesture. In Slovenia we hardly recognize each other’s values and merits. In addition, credits for the independence of Slovenia are hijacked by certain individuals and groups, which is truly wrong and untrue. In the decade before the independence of Slovenia there was a characteristic boiling of the civil society, individuals and institutions, that came to life when the spirit of freedom fled the bottle. But these springs were not enough. Two marketing campaigns were the key. “I give-I get”, which spread the euphoria for the victory of skiers, and “Slovenia, my country”. Awareness grew in the people as the birth of identity began.

Media Marketing: Same as 33 years ago, Slovenia still needs the campaign Slovenia, My Country. Are you thinking of a new campaign that would be adjusted to current times and the needs of Slovenian society?

Jernej Repovš: Not only Slovenia. Every country and people need internal marketing activity. Communication that raises the ego of the people is needed – a consciousness that relaxes the forces of change. They are needed for the new technologies and new knowledge that are changing the world, and social and human relations in it.