Janja Božič Marolt (Part II): The only scenario in which we’ll no longer need research is if we go back to being naked root pickers, or if were gone altogether

We will research everything in the future, in all possible ways 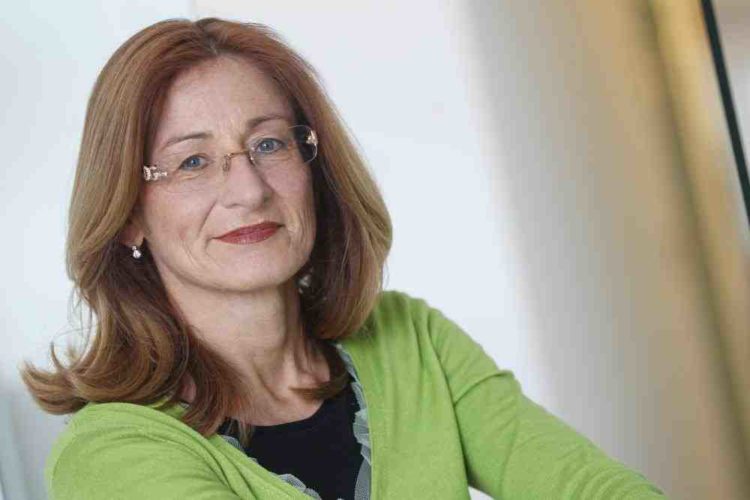 MM: When you look back at the previous 25 years, what do you remember most fondly? What represented the greatest excitement and experience for you?

Janja Božić Marolt: It’s as if you’re asking me who I love better: my daughter or my son. Or who contributes most to Mediana, the oldest, the first associate, or the youngest and the newest. It’s really difficult for me to answer this question. But, if I’m going to answer it, then let it be in alphabetical order, and only from the past. I can’t list the latest names and clients.

AGB – Dr. Colussi, the then owner of AGB, sought me out at a conference in Paris to establish telemetry cooperation.

Mediana BGP – International Award for Best Practices in Prague for Mediana BGP. Jane Perry of Y&R Media Edge presented our international publication in three languages at Esomar, and we hadn’t even met before.

The Advertising Person of the Year – Slovenian Chamber of Commerce award I received as the first person in the field of research, as the first woman, and as the youngest winner at the time.

Team buildings with all the associates so far, especially the last ones on Soča and in the Gorizia Hills.

TGI – Jenny Davis from the BMRB approached me at a conference in Florence to start collaborating in the TGI area.

Each new brand in the market that is the result of our research.

The conversations we each year have with long-standing loyal clients: directors of advertisers, media, advertising and media agencies.

Elections – all thirteen times we have correctly predicted the presidents, the parties, the mayors, the names of the European deputies.

The pleasure of being able to look anyone straight into the eye is worth more than all the billions and the awards because we work exclusively professionally and correctly.

The right combination of wits, knowledge, courage and emotion will win in the future

MM: And is there something you wish had never happened?

Janja Božić Marolt: I cannot forget what some people did to Mediana. The former manager in Zagreb took all the money from the account and transferred our projects to another company, many copied the TGI, I had to buy the Mediana name from my partner because he wanted to register it on his behalf … Had I not been naive and believed in people, everything would surely be different. Obviously, all that had to happen, otherwise Mediana could have fallen into the comfort zone, and this way we had to be innovative and persevere through all this time.

MM: Amid the marking of quarter of a century of Mediana, you invited PhD Howard R. Moskowitz to Ljubljana, one of the world’s most famous psychologists and researchers, who talked to Mediana employees about innovative research for anticipating desires and needs of consumers. What was it all about?

Janja Božić Marolt: It is a well-researched, tested and proven method that has yielded real results and great profits to brands like Dr. Pepper, Campbell Soup, General Motors, Goodyear, Kraft, Pepsi, etc, only if used in the most modern way. It’s fundamentally based on the conjoint analysis, and the advantage is in the use of the latest technologies, online panels, tablets and smartphones. Of course, this novelty does not mean that we will neglect all the other methods. We will be able to tell the trader concretely, based on data, what to offer their buyers, and what to advertise to them to achieve maximum effect, instead of having situation where all traders are doing the same thing.

For a food manufacturer we will sovereignly choose the flavor that will succeed and the packaging that will be convincing. For suppliers of banking and insurance services, we will be able to create optimal offers for their existing and new customers. And, finally, politicians will be able to persuade voters with the topics most relevant for them. Bearing in mind that we have access to top decision-makers in the region, it will be an opportunity for them to use the novelties from our small markets and reinforce their positions in their corporate headquarters. I was most attracted to Howard and his methodologies by the proven successes and results of his research and the combination of social sciences with intelligent mathematical models. There, in the interpretation of the results, there is no space for “I think”, but “I know”. Also important for me was his directness, when he says: most of the employees, because of the fear of losing their job, mostly do things using well-known paths, they are not responsible for creativity and development, they don’t dare to make decisions, etc. In this case, he talked about the practice from the US.

We will be able to tell the trader concretely, based on data, what to offer its buyers, and what to advertise to them to achieve maximum effect, instead of having situation where all traders are doing the same thing

MM: You agreed collaboration with Moskowitz. What will you be doing together?

MM: It’s difficult to predict the future in an industry that is changing rapidly, but still, how do you see the development of market and media research in the next five years at least? What will be researched and how?

Janja Božić Marolt: It’s true, it is difficult to forecast. Depending on whether Google will buy Nielsen, or vice versa? Will Amazon buy Alibaba, or vice versa? Will Zuckerberg soon develop a more emotional robot than the Japanese Pepper? Or will Musk work from the space, or in space? Will the Microsoft’s empire be shaken due to constant intrusions into their systems, as it happened recently with the breach in the WPP’s network, whose consequences were felt in Gray, Mediacom and Kantar? Will Trump and Putin be allies or adversaries? Will we stop wars, or set barriers to migrants? Will the former Todorić’s empire collapse or will, at least indirectly, Šolak continue to conquer different industries in strides?

Last year Esomar for the first time included in the world’s $68bn worth research cake the fields of internet analytics, consulting, IT research, sales reports and research, internet traffic measurements, social network research, so we rightfully wonder if everyone is a researcher today. The biggest competition for market researchers today are all the Internet companies and social networks where users unconsciously leave traces, so today we are no longer talking about survey participants, but data subjects. Depending on regulations and legislation, the role and importance of research companies will grow. There are strict ethical standards that protect the citizens and consumers and their rights, and we ensure complete anonymity even without their permission to survey them. On the other hand, these same citizens generally press “I agree” each time they confirm the terms and conditions of using online applications.

Consultancy firms are increasingly engaged in research. As long as they’re trying to implement US or German data in the region, we don’t need to be scared of them. Big Data cannot satisfy, if only internal data is analyzed.

I have said many times before that I am not for this world. Among other things, because at this point I believe that all the classical knowledge of logic, mathematics, modeling, statistics, economics, psychology, sociology and anthropology will only be updated with new technologies, and that market research will continue to work. Multinational companies such as Coca-Cola are already commissioning specialized localized research. Giant Google is using classic methods to get data from the Slovenian market, although it probably represents traffic that is measured in promilles for them. Huge fragmentation of the market requires micro-targeting, which requires micro-research. Lean startups, even such as Brewery Dog, help themselves with classic market research.

The unique answer would be – we will research everything, in all possible ways. There is no single method. The right combination of wits, knowledge, courage and emotion will win, on both sides, in cooperation between the client and the market researchers. The only scenario in which we’ll no longer need research is if we go back to being naked root pickers, or if were gone altogether.