Davor Runje: The most important current trend is in networking, not in devices

People self-organizing according to their common interests, beliefs and value systems on the internet and social networks, is what is bringing the biggest changes in society at the moment 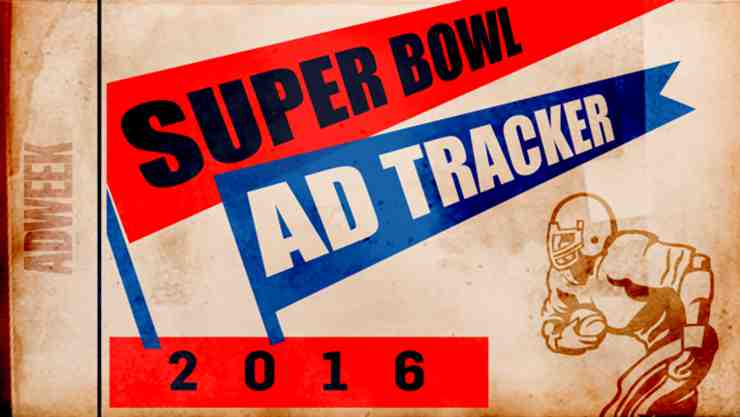 Last year was very dynamic, exciting and successful for the Zagreb agency Drap. With 2015 marked by retaining old and gaining new clients, winning awards, and a two month study trip to New York, the agency is well on the road to its goal of becoming a globally relevant digital agency. Our interviewee today is Davor Runje, co-founder of Drap, who says that becoming a globally relevant agency is the only way to survive today, and that the key to success is innovation.

MEDIA MARKETING: Your web page won’t open. Is that similar to the proverb about the shoemaker and his hole-riddled shoes, or is it some kind of strategy? I don’t believe it’s a coincidence.

DAVOR RUNJE: We made a webpage a few months ago, but we weren’t happy with it so we didn’t release it online. If you look closely at agency websites, they are all actually very similar. Their content is almost exactly the same, and even stylistically they don’t differ much. Ours was no worse, but it wasn’t us. I think that our site has to physically reflect our value system, and not be just another list of clients and work. That’s what YouTube and specialized portals are for, where you can see how we work. Now we are working on a new concept which, I hope, will much better reflect who we are and the way we do our work, and in addition to the presentation aspect, it will also have a functional part for clients.

MEDIA MARKETING: This year was very successful for Drap. At IdeaX you won four of the ten awards for digital.

DAVOR RUNJE: Awards are only one success indicator, and by no means the most important. We see festivals first and foremost as an opportunity to present our work the way we experience it internally, and the way we measure the success of our campaigns. Creating a video that shows the main idea and the results is an immensely important opportunity for reflection and a review of what is good, and less good, in a campaign. We learn through that, and that kind of thinking helps us to become increasingly better.

DAVOR RUNJE: For me personally, it’s by far my favourite campaign J. Animal Kingdom (Životinjsko carstvo chocolates) was a pioneering project that overshadowed all other digital campaigns with its innovation and results. Such projects occur once in a decade, because you rarely get opportunities caused by tectonic upheavals in the media. In this case, Facebook appeared and won the audience, but agencies weren’t prepared for it. We were lucky that Kraš recognized that opportunity and gave us a chance to use it. I once gave a lecture about it at a festival of innovation in Vienna, and the audience couldn’t believe how we had managed to create such a campaign back in 2008.

MEDIA MARKETING: You recently said you want to be a globally relevant digital agency. Was that the reason you spent two months in New York with your closest associates this summer?

DAVOR RUNJE: From a long-term perspective, I firmly believe that is the only way to survive. Gone are the days when it was better to be first in the village than average in the city. The internet has erased borders and in order to survive we have to be globally competitive in every aspect of the job. By that I don’t just mean the battle for clients, which we all concentrate on, but also the battle for the talent required for our business. The annual turnover of people in the industry is estimated to be around 30% globally. The traditional agency model is based on people’s knowledge and expertise, and a third of them leave each year. It’s quite clear that this is unsustainable in the long run and the question is what the new model will be. Agencies are now very focused on mastering new media and technology and their implications for clients, but actually they pay very little attention to the consequences on their own model. This is actually a key issue in the industry and we are trying to find an answer to it.

MEDIA MARKETING: What have you learned (or found out) and brought back to Zagreb after your study trip to New York? Can we sell our ideas to them?

DAVOR RUNJE: Throughout the region we have very talented and educated people who can be competitive anywhere in the world. The potential is there, and there are also many positive examples that prove it is indeed possible. Potential clients to whom we showed examples of our campaigns were pleasantly surprised that innovative solutions can be created by a small agency on the other side of the world.

MEDIA MARKETING: Do you have a recipe for a successful digital campaign?

DAVOR RUNJE: I strongly believe that the key to success in this business is innovation. But the moment you create a recipe for success, you cease to be innovative, and lose the magic that worked before.

MEDIA MARKETING: How would you assess the current condition in digital in Croatia and the region?

DAVOR RUNJE: The digital sector is rapidly developing, which makes me happy. When there were only a few agencies, it was much more difficult to explain what exactly we were doing. Today people have others to compare us with, and it’s actually much easier to prove your quality than when you are practically the only one offering a type of service on the market.

MEDIA MARKETING: You intend to expand to foreign markets. Is Croatia too small for you, or can you get more money for the same idea abroad than you can at home?

DAVOR RUNJE: It’s neither about the size of the market nor the money, but the quality that we want to achieve. To make progress, we have to compare with the best. Sure, there are easier ways to earn more money, but we are primarily motivated by challenges that allow us to grow.

MEDIA MARKETING: You invest a lot in start-ups. What’s your strategy there?

DAVOR RUNJE: In my last year of college, I was one of the founders of a company which you would call a start-up today. We were first in the world to develop the technology to decode the MP3 format, which was an integral part of the most popular players of the time like WinAMP and Napster. The experience I gained then has largely defined my values and the way I approach business. So today when I see new kids trying to ‘change the world’, I’m happy to help them.

MEDIA MARKETING: What will dominate in digital at the global level in 2016?

DAVOR RUNJE: In New York we spent time in the co-working space AlleyNYC, whose slogan is ‘community is everything’. I think it best describes the dominant trend of our time. We are often delighted with the capabilities of fitness trackers and other gadgets, cars on batteries that drive themselves, and I would not want to underestimate their importance by any means, but the most important trend at the moment is in networking, not in devices. People self-organizing according to their common interests, beliefs and value systems on the internet and social networks, is what is bringing the biggest changes in society at the moment.

MEDIA MARKETING: And what will be a hit in our region?

DAVOR RUNJE: The development of various communities, such as start-up communities and communities of hobbyists for DIY projects. After initial online socializing on Facebook and specialized portals, there comes a time when communities begin to physically meet and connect more strongly. A good example of that is the Twitter community and their Meetup, but I expect that this trend will spread to other online communities as well.

MEDIA MARKETING: And finally, what does Drap expect from 2016, and what can clients expect from Drap in the next year?

DAVOR RUNJE: As the saying goes, tomorrow is a new day. Our system of values and our desire for success remain the same, but everything else is under constant review and change in an effort to find better ways.